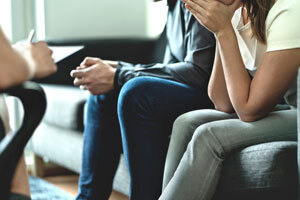 Unfortunately, even after your divorce and parenting plan have been finalized, child custody disputes are more prevalent. Even if the necessary paperwork is finished and signed to conclude your divorce, problems might still arise later. A parent’s relocation to another state may be required by personal circumstances, such as a career or a second marriage. When this occurs, it could lead to the start of a child custody dispute. Our Milford custody mediation lawyer at CT Mediation Center may assist resolve child custody disputes by facilitating talks that eventually lead to decisions about what is best for your child.

According to Connecticut law, child custody decisions must be made based on what is best for the child. Courts prefer agreements that let each parent contribute to the child’s development, but not always equally. Judges must consider several statutory elements when deciding whether child custody arrangements are appropriate for the child.

In every situation, the physical and legal forms of custody for the child must be decided. When there is joint or shared physical custody, the child sees both parents occasionally. The precise schedule might vary significantly depending on what the parents agree upon or what a judge finds to be in the child’s best interests. One parent may be designated as the primary physical caretaker, however sole physical custody is uncommon.

The right of parents to decide on their children’s education, religion, health care, and other important life decisions is addressed by legal child custody. Rarely, one parent may be given exclusive legal custody and the authority to make all decisions about the child. These issues can be resolved not just through the court, but also through mediation.

What is Child Custody Mediation?

Parents can talk about how they will decide who will have custody of their children following a divorce in Milford or legal separation through a child custody mediation process. Helping parents decide how to raise their children in the best way is the ultimate purpose of mediation.

Why is Child Custody Mediation Important?

With the assistance of an impartial third-party child custody mediator at CT Mediation Center, parents collaborate to create a plan for raising their children after divorce through the process of child custody mediation. Although mediation can be conducted privately, its usage in court-related situations has also increased significantly. Before parents may file a custody suit, such mediation is required in many jurisdictions. In the mediation process, both parents collaborate to create a parenting schedule that they can both agree on. This parenting plan may be very detailed, laying out the children’s daily time allocation as well as strategies for major family occasions like holidays and vacations. You may avoid the fights that are so destructive in an adversarial process and engage your kids in the decision-making in a way that healthily empowers them by working together to build your parenting plan through mediation.

Custody arrangements reached through mediation are more likely to be effectively upheld.

In contrast to the traditional court process, most people who use mediation are happy with the way it is conducted. Since there are no winners or losers in mediation, both parents may concentrate more on achieving their shared objectives than competing with one another. Through mediation, both parents might feel invested in the process and happier with the results as a result. When parents collaborate during mediation, reach choices together, and create a parenting plan they both approve of, they are more likely to stick to it. By doing this, the likelihood of future conflict is reduced.

End Your Marriage
With Honesty,
Integrity, and Reason

Important Questions To Ask A Law Firm Before Hiring Them